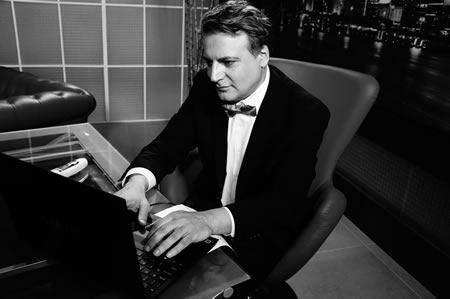 Alimorad Farshchian MD (born April 2, 1962) is a medical doctor, medical author and humanitarian in Miami Florida. He is director of The Center for Regenerative Medicine, which he founded in 2000 in order to pursue pioneering regimens in the treatment of arthritis and neurodegenerative diseases. In 2005 he performed the first autologous biologics transplantation into an arthritic knee in U.S.A. For the 2012 London Olympics and 2016 Rio Olympics, Farshchian served as consulting Orthopedic Regenerative Medicine physician for the Team USA.

A Complete Guide for Musculoskeletal and Spine Disorders.

A. Farshchian MD introduces the first ever Autologous Cell therapy Eye Drops to his patients.

Farshchian introduces CHI GA as exercise of choice for arthritis and sports injuries.

By now Dr Farshchian, has done over 20000 procedures.

The founder and the developer of the dietary supplements product line "Genorthix" a subsidiary of The Center for Regenerative Medicine is currently based in Miami Beach.

The first injection using the biologics into a knee in U.S.A was performed at the center for Regenerative medicine by Alimorad Farshchian MD

Special attention was focused on the work of the late Thomas McPherson Brown M.D. ; significant for correlations between bacteria and connective tissue diseases.

Syndicated Web columnist and the editor for “From The Doctor’s Journal”, is the Recipient of 2004 Senatorial Medal of Freedom .

Farshchian, is honored to be chosen as doctor of the year for 2003 by United States Republican Congressional Committee’s Physician Advisory Board .

At the turn of the millennium Farshchian started up the Center for Regenerative Medicine. That year he treated a patients hip with great success. Since then the injection has evolved to a combination of 4-5 different modalities .

1994 - University of Pennsylvania College of Medicine

He continued his medical training at the Chestnut Hill Hospital Family Med program in Philadelphia / University of Pennsylvania school of Medicine.

1993 - University of Tennessee College of Medicine

He pursued further education with an Internship at the University of Tennessee College of Medicine.

He joined the research staff at State University of N.Y. ( SUNY Down State ) and New York Research Foundation.