Aging in the XXI Century 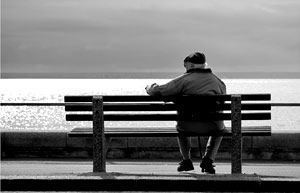 Aging in the XXI Century

88 year old Californian male and veteran of WWII presents to the center with bilateral (medical lingo: both sides) knee pain. Patient states he has been plagued by knee pain at least for 40 years. Patient's history and examination confirms severe osteoarthritis of knees. His past medical history is unremarkable and negative for any heart disease, Diabetes, or any other ailments. He takes no medications and both his parents lived way in to their 90s before they passed away from natural causes.

Discussion: This is an interesting case since it brings up an important issue regarding our aging population: the centenarians. These are the fastest growing part of our population. At this point it is estimated that there is over 50,000 centenarians in the United States, and may be about 200,000 worldwide. The majority of them are women. And in 10 years it is estimated that there will over 2 million centenarians worldwide. This is a big change from last century, when the average life expectancy was 46 years. Well you know back then, just about a century ago around 1905, the leading causes of death were ailments such as Pneumonia, Diarrhea or simple infections. Now in 2005 the 3 leading cause of deaths are cancer, strokes and heart disease. With the advances in medicine and people starting to take care of themselves better such as doing preventive care, now these days' reaching an age over 100 seems not to be too difficult. And may be in 2105 the leading cause of death will be aerospace accidents? The point of this discussion is to advise people out there, aging seems to be inevitable so one needs to look into aging a bit deeper and long term, and to do it more gracefully which requires better taking care of ourselves, specially our muscular skeleton system which turns out to be very fragile, meaning it does not take much to damage it.