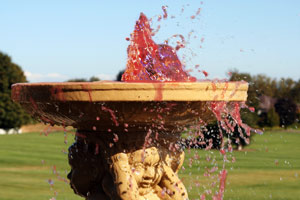 81 year old female with no history of knee problem or pain in the past came in today complaining of sudden onset of knee swelling which started as of last night. Patient states as she was sitting she suddenly felt her knee swelled up, this was followed by severe pain.

Her past medical history is significant for Atrial Fibrillation for which she takes coumadin (Warfarin). On her exam knee was edematous (medical lingo: swelled up) and tender to touch. Patient was unable to flex the knee. A needle was placed in the knee and about 100 cc of blood was drained. The blood that was drained never clotted.

Discussion:
This is the second time that I see acute onset of hemorrhage in the knee without history of trauma in a patient who takes Coumadin.

In both cases patients reported no trauma and the onset appeared while the patient was sitting. Warfarin is an anticoagulant (blood thinner). And reduces the formation of blood clots which is important in the prevention of heart attacks, strokes, and blockage of major veins and arteries. While it is a beneficial drug it does have many side effects. The dose of this medication has to be well adjusted by frequent blood testing (known as PT/INR).

The physician should be contacted if patient experiences any unusual bruises or heavily bleeding wounds, diarrhea, infection, or fever during treatment with warfarin.