Lack of activity in USA 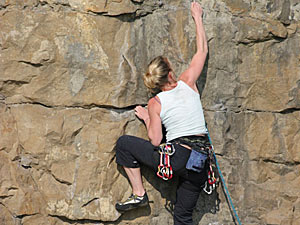 Lack of activity in USA

According to the Center for Disease Control and Prevention, a large portion of U.S. adults population did not engage in the minimum recommended level of physical activity in 2003. Nationwide Behavioral Risk Factor Surveillance System shows that between 2001 and 2003 there were no significant changes in the proportion of U.S. adults who engage in the recommended amount of physical activity or in the proportion who don't exercise at all, the CDC said (MMWR 2005;54:1208~12). Responses from 214,500 participants in the 2001 Nationwide Behavioral Risk Factor Surveillance System were compared with those of 264,684 in the 2003 survey. To meet the minimum recommended activity level, an individual had to engage in moderate activity for at least 30 minutes per day, 5 or more days a week, or vigorous activity at least 20 minutes per day, 3 or more days per week. Inactivity was defined as no moderate or vigorous activity of at least 10 minutes. In 2003, the age-adjusted proportion of adults engaging in the minimum recommended activity level was 45.9%, up only slightly from the 45.3% reported in 2001. Increases occurred in 41 states and territories, while levels decreased in 12 states and territories. There was also no major change in lifestyle inactivity between 2001 (16.0%) and 2003 (15.6%), although there were decreases in 32 states and territories.