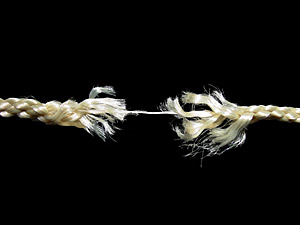 30 year old Texan male came in for a consultation . Patient complains of left knee pain . His past medical history is remarkable for multiple knee surgeries including an ACL (Anterior Cruciate Ligament) reconstruction, he describes about several years ago while playing soccer he twisted his knee causing a complete tear of ACL and requiring him to have ACL reconstruction. After the surgery he was doing well for 6 months until started having pain again, that was followed by arthroscopy and lateral meniscectomy (medical lingo: the outer part of meniscus was removed). At this point he has chronic pain mostly on the medial side (medical lingo: inner part).

Discussion: This is one of the most common problems involving the knee joint and Sports injuries; Anterior Cruciate Ligament tear. The Anterior Cruciate Ligament (also called the ACL) is one of four ligaments that are important to the stability of the knee joint by holding the upper leg bone to lower leg bone. A ligament is very similar to a rope, just like a rope which is made of many fibers a ligament is made of tough fibrous material. The ligament is injured through twisting the knee or through an impact to the side of the knee (usually the outside or lateral side). Let's go back to the analogy with the rope; Imagine if some of the fibers of the rope break, the rope will still hold but not with the same strength of a brand-new rope. However if the rope completely tears the two detached parts of the rope will become completely dysfunctional and can not hold anything. Now this is an important point, since when an ACL injury occurs, the knee becomes much less stable which can make sudden, pivoting movements more difficult, and it may initiate the arthritis process. The instability which throws off the normal biomechanics of the knee gradually wears and tears the normal cartilage. This may produce massive osteoarthritis and need for more surgeries and total knee replacement.