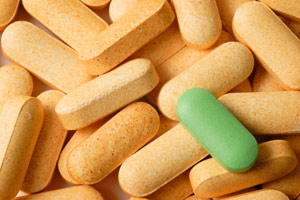 Doctors now are thinking twice about writing a prescription for the three cyclooxygenase-2 inhibitors (Vioxx, Celebrex and Bextra) because of concerns over their cardiovascular side effects. The COX-2 inhibitors were developed for patients at high risk for Gastrointestinal or stomach acidity and ulcers as well as other side effects associated with chronic treatment with traditional NSAIDs (Non steroid Anti inflammatory drugs such as Motrin, Naprosyn, Volteran, Lodine, Mobic, Relafen...). Just about a year ago when Vioxx was popular (more than 60,000 deaths attributed to it, more than all the American lives lost in Vietnam) doctors were enthusiastic about them. And no thanks to an aggressive marketing plan by Merck it was hyped and perceived that Vioxx is more effective pain reliever than traditional NSAIDs, although this was never shown in clinical trials and was never studied.

Discussion: Until there are more studies and research on the long-term safety of anti-inflammatory medicines, it is my opinion that we as physicians must emphasize and advocate that prescribing or dispensing medications for osteoarthritis must include a risk/benefit assessment for potential Gastrointestinal or cardiovascular risk, this must be done based on the patient's history and clinical condition on an individual case.